A self taught potter producing highly sculptural vessels, recently returned to the UK from Austalia.

View the work of Julian King-Salter 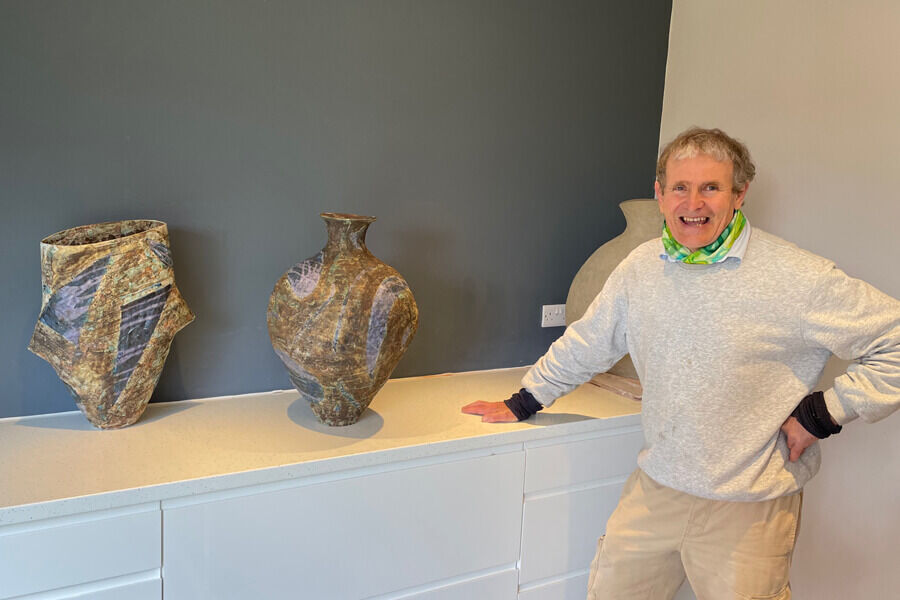 Julian is self-taught and has been potting since 1983. He moved to Australia in 2000.

Before he left he was a Fellow of the Craft Potters Association. He recently returned to the UK in 2020 and set up his pottery in Staffordshire

"Every pot begins as a pinch pot, the base refined and stamped, then flattened coils are added and pinched into the shape and thinness of the finished piece - no scraping or burnishing, the dimpled effect of finger pressure remains the surface of the pot.

Design and making are simultaneous, the form arising as it develops, subject to the limitations of the size of the kiln, and what is possible for the clay. Over the years, a vocabulary of forms and directions has evolved, and continues to evolve.

Once dry, pots are bisque fired to 1040 C. Then glazing and decorating begins: for example, the whole pot might be given a coat of a white glaze, by pouring, then decorated with oxides, and on top of that, a final coat of a reactive glaze brushed on. All glazes are to my own recipes, developed experimentally according to the colour and textural responses of different raw materials, and how these interact in layers.

The final firing is to cone 8, around 1250 C. The important thing is the 'heat work' - when the cone bends over, the right amount of heat work has been done - the temperature varies a bit according to the speed of the firing."

1992 Elected as a Professional Member of the Craft Potters Association, UK

1997 Elected a Fellow of the Craft Potters Association

View the work of Julian King-Salter 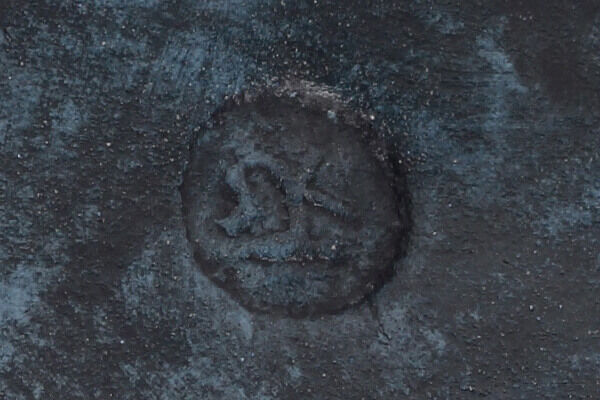