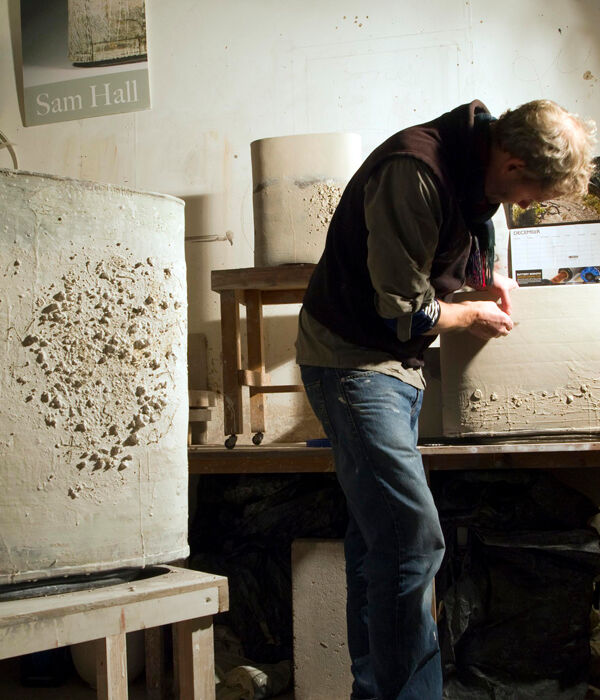 Sam lives and works in Cornwall.
He studied ceramics at Harrogate and Loughborough Colleges. Sam manages to extract a deeply involved and descriptive quality to his ceramics.
His cylindrical vessels are made using traditional throwing techniques. He then cautiously manipulates the clay creating flattened cylindrical forms which he embellishes as a painter would a canvas. The surface is built up using slips, oxides and glazes, often applied and fired many times. The use of scored lines, random marks and a sombre palette help to create a tension where drawing and form cohabit. 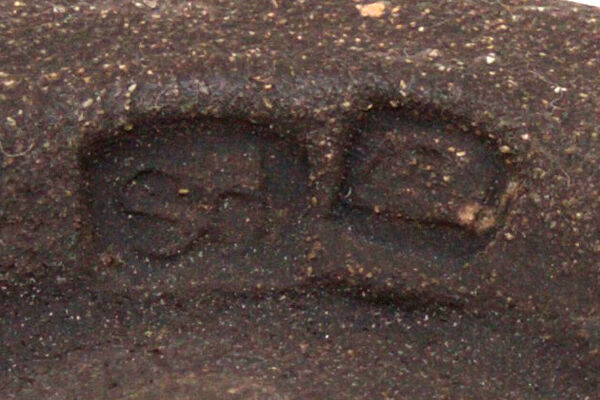